In addition to our cloud hosted solution, Tapaas can be deployed on premise. We are currently working with an FX Broker who is a Windows Shop. We are deploying an FX Tick Data analytics environment based on kdb+tick from Kx Systems.  Because all my experience has been deploying kdb+ on Linux, I thought there are probably many others who would benefit from my sharing the how-to and gotchas when running kdb+ on Windows.

Here is a list of key decisions that we had to make:

First off, kdb+ is quite sparse by design.  Therefore, most sites will require addition of several utility libraries and functions which provide a sort of Aspect Oriented Programming or AOP.  For example, consistent logging, multiple timers, security and usage and performance logging.  Because all of this adds overhead, kdb+ does not include any of this out of the box.  However, there is a rich collection of code contributed by kdb+ users that can be used.

The folks at AquaQ have built the TORQ framework by curating and socialising what they believe are the essential bits from the contributed code and bundled it into a concise framework.

TORQ is pretty well ready to run with very few changes.  However, like anything, these bootstrap settings might not be appropriate for your environment or use case.  They have selected sensible defaults.  But for best results, you should familiarise yourself with the features of TORQ and review these settings to assure they are appropriate.

Running kdb+ as a Windows Service

As it turns out, there are a number of choices for running arbitrary programs and scripts as a Service on Windows.

The kx.com cookbook has one suggestion which uses the SrvAny.exe program that was provided by Microsoft in rktools.exe.  I retrieved the following details that weren’t included in the kx cookbook, from stackoverflow:

This option does work… But it’s not that nice to have to edit registry keys for your command line options, etc..

As you suspected, this is part of the Cygwin platform.  Of course it requires install of Cygwin.  But it is quite easy to use, especially if you are used to Unix.  I learned about this when looking at how to run sshd on Windows – which is essential if you want to manage Windows remotely using familiar tools like ssh and rsync.

This option might not be acceptable to your client’s Windows Administrators.  It certainly met with a serious cringe at my last client.  So I’m shying away from it.

This is probably my favourite because it kills two birds with one stone.  Since Python is a powerful scripting language that is cross platform, if you write your Kdb management scripts with Python you can run your scripts and Kdb of course, cross platform as well.  Python has a fabulous library call ‘os’ which has methods that adapt annoying platform differences like flipping your ‘/’ to ‘\’ in paths, etc..  You might need to write a few:

But that’s easy compared to maintaining two sets of scripts.

Further, there is a nice solution for writing a Python Windows Service in Stackoverflow.

Lastly, there is the Non-Sucking Service Manager.  Apparently, the authors believe the existing offerings (like SrvAny.exe) suck.. So they wrote this.  I haven’t tried it because I basically prefer the Python option above.  If you try it and it’s great, please come back and leave a comment. 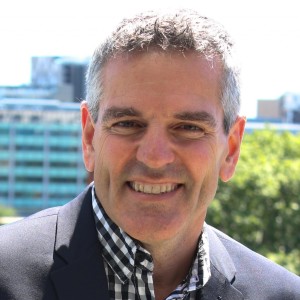 David is a co founder of Tapaas. He is an entrepreneur, angel investor and technologist with over 20 years experience in delivering solutions in algorithmic trading and analytics.
All Posts
PrevPreviousTapaas helps M-DAQ prove their value proposition
NextTapaas becomes a Datawatch Reseller PartnerNext Why was my order not traded at the requested price?

Book your demo with tapaas​

Fill in your details and we’ll get back to you in no time.